Chat with us, powered by LiveChat
HomeMeetingsCombating Human Trafficking in Supply Chains and Engaging with Suppliers 07-30-20 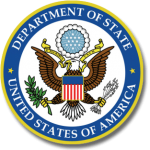 The Office to Monitor and Combat Trafficking in Persons (TIP Office) leads the Department’s global efforts to combat modern slavery through the prosecution of traffickers, the protection of victims, and the prevention of human trafficking by objectively analyzing government efforts and identifying global trends, engaging in and supporting strategic bilateral and multilateral diplomacy, targeting foreign assistance to build sustainable capacity of governments and civil society, advancing the coordination of federal anti-trafficking policies across agencies, managing and leveraging operational resources to achieve strategic priorities, and engaging and partnering with civil society, the private sector, and the public to advance the fight against human trafficking.

This meeting will feature information on human trafficking, U.S. Government contracting, and risk-management tools to better identify, prevent, and address human trafficking in global supply chains. It will highlight trends from the field, current challenges, and mechanisms to address ​human trafficking risks, including working with suppliers. Information will be presented on the Responsible Sourcing Tool–­a website with free tools to create strong policies, improved screening and evaluation, and compliance management­. There will be an interactive component allowing participants to ask questions.

This meeting is complimentary for all attendees.

Sharon James
Director of Policy
Office of the Procurement Executive

Sharon D. James is the Director of Policy for the Office of the Procurement Executive at the U.S. Department of State.  She is responsible for the overall success of the Department’s federal acquisition program, which includes developing and directing policies, programs and proposals on national and international federal procurement issues and ensures adherence to a myriad of codes, regulations, laws and policies for the Department of State. Ms. James began her career at the U.S. Department of State in 1993 serving at the United States mission to Ankara Turkey.  Under limited appointments, she has served at several United States Embassies abroad to include, Myanmar, Turkey, Korea, Cote d’Ivoire and Chad.  From July 2005 to July 2007, she served as the Management Officer to the U.S. Mission to N’Djamena Chad.  On June 7, 2018, she was awarded the International Stability Operations (ISOA) Government Achievement Award, which honors leaders in the government contracting community who exemplify the ISOA ideals of accountability, transparency, and ethics. On July 21, 2017, she completed the Graduate School USA’s Senior Executive Services Leadership Series program.  She has a master’s degree in Management Studies and Graduate Certificate in Government Contracting at the University of Maryland, University College, and currently holds a level III contracting professional certification with unlimited contracting authority. She is a member of the University of Maryland Graduate School Alumni, U.S. Department of State Mentoring Program, National Contract Management Association (NCMA), Ladies of Justice, Xtreme Kids Operations Manager, and supports Kids ‘R People Too homeless shelter drives in the District of Columbia. Sharon is married to retired Foreign Service officer, Anthony and has two children Ashley and Antonio, seven grandkids and a loveable English Mastiff!

Amy O’Neill Richard is a Senior Adviser in the State Department’s Office to Monitor and Combat Trafficking in Persons. She was an original member of the office and instrumental in developing its foundational goals and policies. As Senior Adviser, she engages foreign governments, international organizations, civil society, and the private sector to leverage expertise and resources to prevent human trafficking and serves as the co-chair of the U.S. Government’s Senior Policy Operating Group’s Committee on Research and Data. Previously, Ms. Richard oversaw the production of the Department’s annual Trafficking in Persons Report, the most comprehensive anti-trafficking assessment issued by any government. Her own research on trafficking to the United States has earned her State Department awards, and her findings were used to support the drafting of the Trafficking Victims Protection Act, and became an initial baseline for assessing the U.S. government’s anti-trafficking efforts. Ms. Richard formerly worked in the State Department’s Bureau of Intelligence and Research’s Office of Terrorism, Narcotics, and Crime where she received the Analyst of the Year Award for shedding light on transnational organized crime. 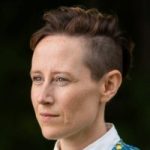 Allison Arbib is a Director in the Research and Policy Department at Verité. She currently leads Verite’s work on the U.S. Department of State-supported Responsible Sourcing Tool (responsiblesourcingtool.org) as well as projects to combat forced labor and human trafficking in global supply chains. She has specialized expertise designing and implementing labor rights risk assessment methodologies at regional, country, sector, and supply chain levels.