Chat with us, powered by LiveChat
HomeMeetingsU.S. Agency for International Development (USAID) Brief 7-16-20 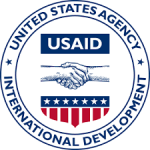 USAID leads international development and humanitarian efforts to save lives, reduce poverty, strengthen democratic governance, and help people progress beyond assistance while transforming families, communities, and countries – so they can thrive and prosper. Whether by preventing the next global epidemic, responding to a devastating earthquake, or helping a farmer access tools to grow her business.

The Office of Small and Disadvantaged Business Utilization (OSDBU) is responsible for monitoring USAID’s implementation and execution of the small business programs and advising the Administrator and senior leadership.

The OSDBU works with U.S. small and large businesses, as well as USAID staff, to provide maximum practical small business participation in USAID procurements. This is achieved through outreach, training and other activities to ensure that a fair proportion of contracts are awarded to U.S.-based small businesses. OSDBU was established in October 1979 by Public Law 95-507 and issues policy and guidance on all small business programs.

Registration fees are based on membership level. Members and non-members are welcome.

Fees for this meeting are as follows:

Upon completion of your registration, you will be provided with the meeting dial-in and log-in information.

Mauricio P. Vera is a career member of the Senior Executive Service and has served as Director of the U.S. Agency for International Development’s (USAID’s) Office of Small and Disadvantaged Business Utilization (OSDBU) since 2008. In this role, Mr. Vera leads USAID’s efforts to provide maximum opportunities for U.S. small businesses to participate in agency contract awards through outreach, education, and creative procurement initiatives. Under Mr. Vera’s leadership, USAID achieved significant and unprecedented improvements in its small business accomplishments. The agency has increased its contract awards to small businesses every year under his tenure, culminating in the highest dollar obligations ever awarded worldwide in Fiscal Year 2019. In 2016, Mr. Vera received a Meritorious Presidential Rank Award, a prestigious career recognition awarded to only five percent of the Federal Government’s Senior Executives for sustained superior accomplishments and inspirational leadership.

From 2001 to 2008, Mr. Vera successfully managed the Small Business Program at the Nuclear Regulatory Commission (NRC). Previously, Mr. Vera established and managed the Smithsonian Institution’s Supplier Diversity Program. Mr. Vera, a native of Chile, earned an MBA from George Mason University and a B.S. in Agricultural Economics from the University of Maryland.