Chat with us, powered by LiveChat
HomeMeetingsProtecting Your Intellectual Property – How United States Patent and Trademark Office (USPTO) can help you 8-13-20 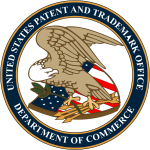 The United States Patent and Trademark Office (USPTO) is the federal agency for granting U.S. patents and registering trademarks. In doing this, the USPTO fulfills the mandate to “promote the Progress of Science and useful Arts, by securing for limited Times to Authors and Inventors the exclusive Right to their respective Writings and Discoveries.”

The USPTO registers trademarks under a system of protection with which American industry has flourished. New products have been invented, new uses for old ones discovered, and employment opportunities created for millions of Americans. The strength and vitality of the U.S. economy depends directly on effective mechanisms that protect new ideas and investments in innovation and creativity. The continued demand for patents and trademarks underscores the ingenuity of American inventors and entrepreneurs. The USPTO is at the cutting edge of the nation’s technological progress and achievement.

Fees for the meeting are as follows:

Upon completion of your registration, you will be provided with the meeting dial-in and log-in information.

Laura A. Peter
Deputy Under Secretary of Commerce for Intellectual Property and Deputy Director of the United States Patent and Trademark Office

Prior to joining the USPTO, Ms. Peter was the Deputy General Counsel of A10 Networks, a publicly-traded IT company where she oversaw daily legal matters related to commercial agreements, litigation, and intellectual property (IP) portfolio development. In 2014, she helped shepherd the company through its initial public offering.

Recognized by World IP Review as one of the most “Influential Women in IP,” Ms. Peter has practiced IP law for over 20 years. Previously, she was Vice President and General Counsel of Immersion Corporation, where she led all aspects of the company’s legal issues, including its IP portfolio. She was also Assistant General Counsel and Director of Intellectual Property at Foundry Networks, where she built a successful patent portfolio and litigation program. She began her career as a commercial and IP litigator at Townsend, Townsend and Crew (now Kilpatrick Townsend & Stockton LLP).

Ms. Peter received a Bachelor of Science in industrial engineering from Cornell University and a master’s in public policy from the University of Chicago. She also holds a Juris Doctor from Santa Clara University School of Law and a Master of Law degree in international business law from King’s College London.